What is hidden inside the garden

January 17, 2018
I knew that setting meeting point for our Sketchcrawl at Levinsky Garden will be challenging. Tel Aviv is a city of contrasts, even in the most touristic place you'll find contrasts between new and old, beautiful and ugly, rich and poor. Levinsky Garden and next to it Neve Shaanan neighborhood long time ago turned to be kind of a different country, populated by immigrants it has a life of its own and you can see straight away who's a citizen and who's a tourist. We felt a bit uncomfortable to come there with our fancy sketching tools to "hunt" our objects.
I decided to start from sketching the surrounding, despite that what interested me the most were, of course, the people. I wanted to give myself time to observe the place from distance, to absorb and to be absorbed. The garden was very nice, wide and blooming. The atmosphere there were very calm, everything were easygoing. People - black men mostly - passed slowly, stopped in groups for a few minutes of conversation and continued to pass. There were a few "constant" - the man with the orange shirt who was doing his morning washing near the garden tap. And the man in the white undershirt who was walking back and forth while turning his hands - performing strange gymnastic exercises. Nobody created eye contact and didn't approached. I felt detached and not belonging. 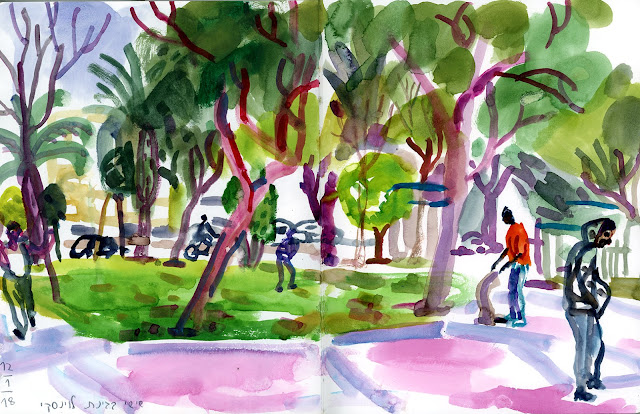 I moved to the edge of the garden and started to sketch people. Here as well nobody approached, just a few asked if we're drawing them. Most of them were busy talking one to another. 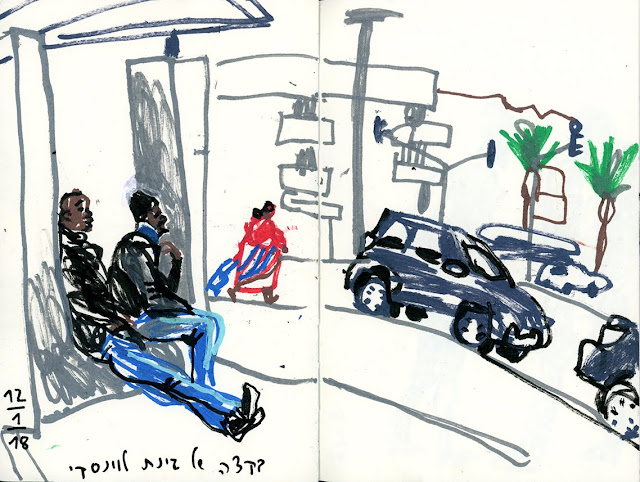 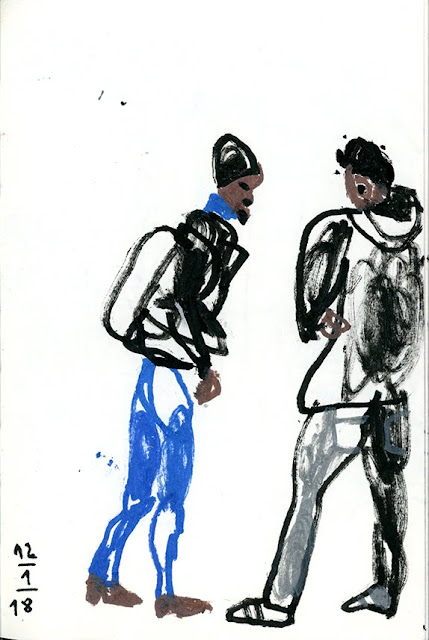 I moved to the playground where I found Nitzan and her friends, and around them gathered a group of children. At the begging children were suspicious - why would group of adult people draw in the middle of their's playground? But very soon they all joined sketching. It was so gladdening scene, with a lot of great energies - the real spirit of urban sketching which creates interaction with the surrounding! 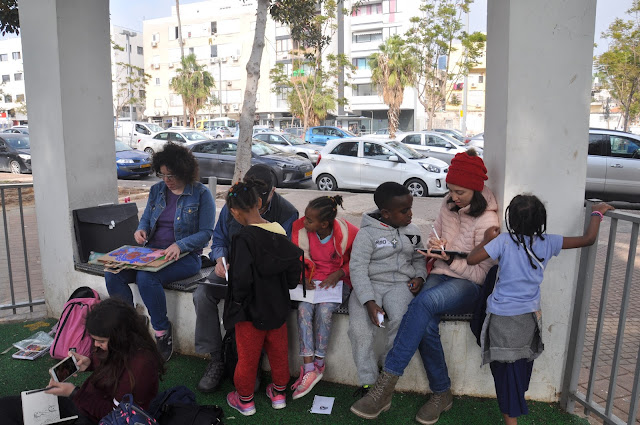 I also did some sketches, but mostly were chatting with the children and taking pictures. Our sketchcrawl was coming to its end. We spread out our sketches on the ground, children looked at them together with us and asked when we'll come again. Some of them joined us to the final photo :) 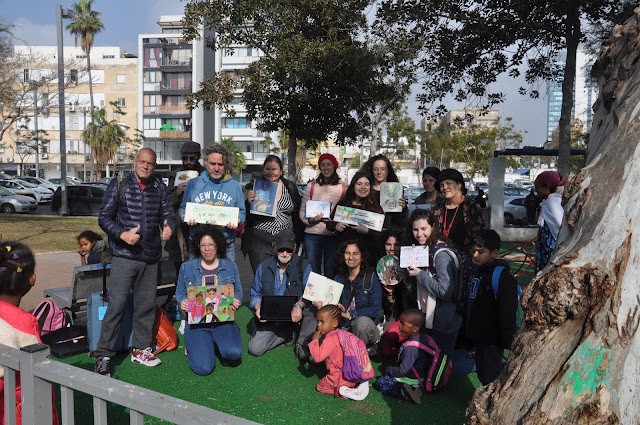 Here are some sketches I did in the Eritrean restaurant, were we were eating with Nathan after the sketchecrawl. 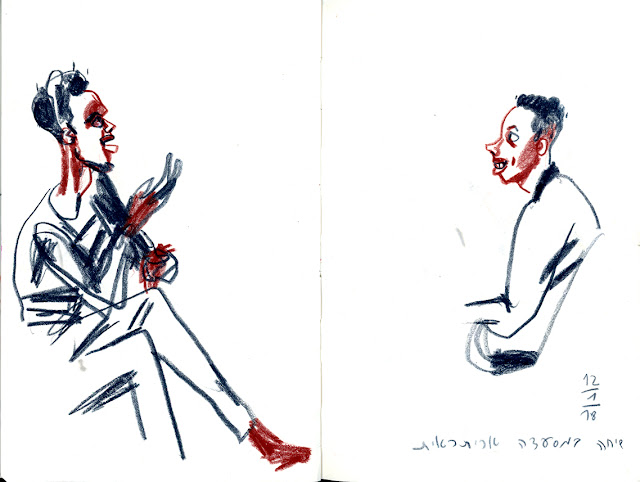 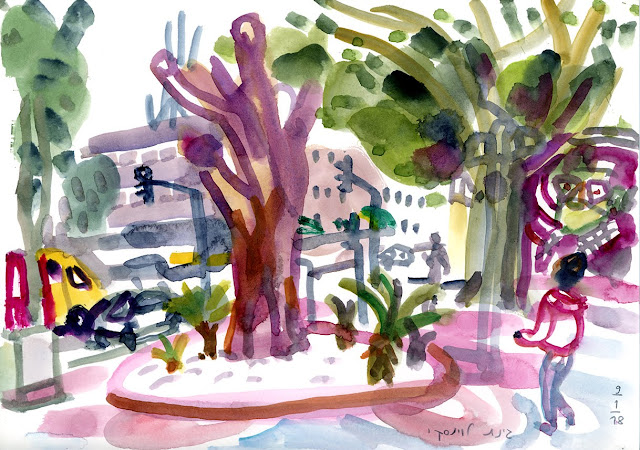 This watercolor sketch was done a few days earlier, when Nathan and me came to check the location. The pastoral garden with complicated stories inside it. We should come back!
children colored pencils garden immigrants markers people reportage drawing sketchcrawl Tel Aviv watercolor

Popular posts from this blog 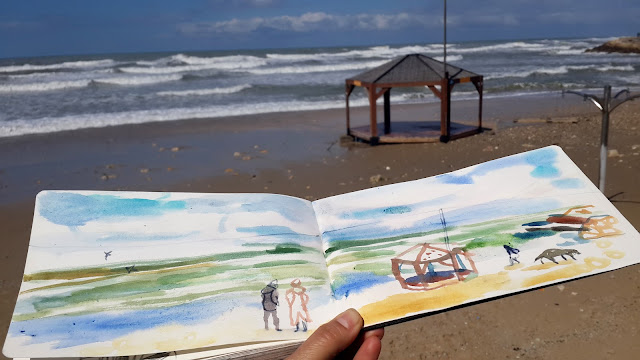 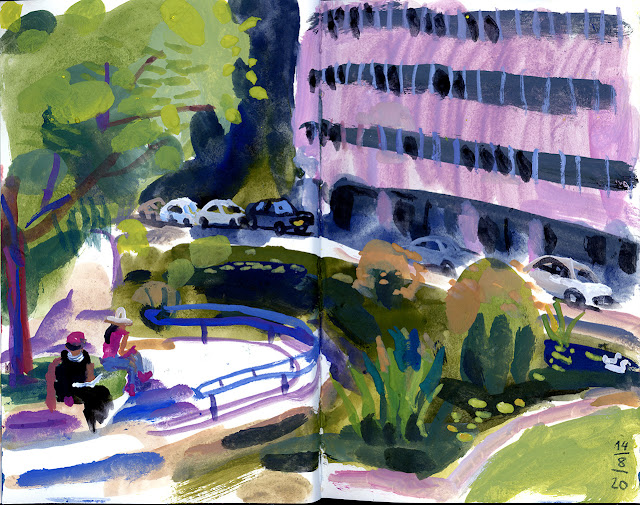 Park Kiryat Sefer - really beautiful place, which gave us some chill air, a lot of green color and many little stories for our  sketchcrawl. It was really nice to see the my friends from USk Tel Aviv :) Time flied as usual, I didn't get enough - need to come back again!
Read more 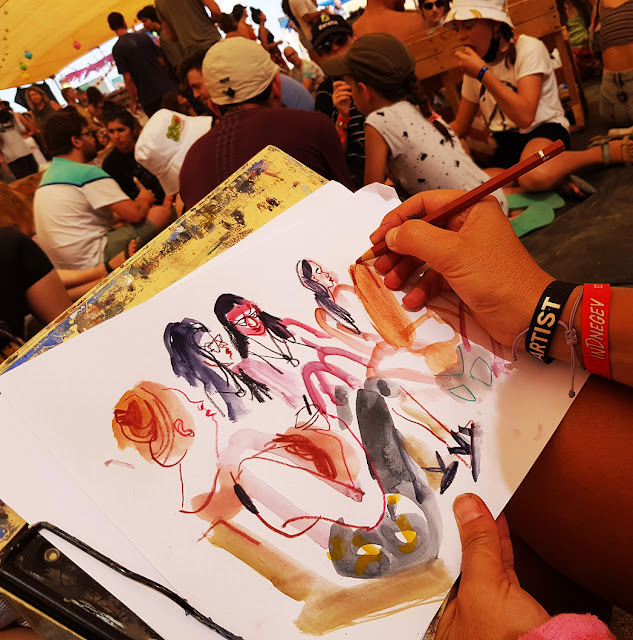 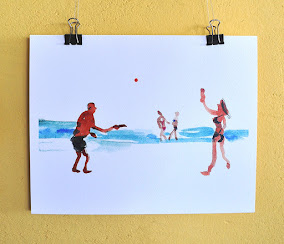 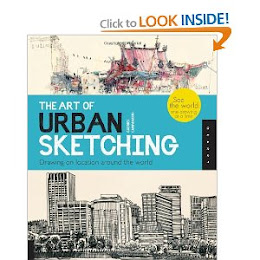